Gradac (Italian: Labinezza), is the southernmost touristic locality of the Makarska riviera in southern Dalmatia, Croatia, located between Makarska and Ploce. It is about 42 kilometers from Makarska, situated halfway between Split and Dubrovnik. The town of Gradac is a center of a municipality which consists of the places: Brist, Drvenik (Makarska), Gradac, Podaca and Zaostrog and marks the end of the riviera.

The Gradac area was inhabited even in prehistoric times. Evidence of this are the numerous stone piles dating back to the Bronze and Early Iron Ages. In Roman times, the Gradac area was most likely the seat of the Roman civitas Biston, which as a coastal center belonged to the colony of Narona, an important Roman stronghold on what is now Croatian territory.

At the locality of Gradina a cornice fragment of the monumental building from the 2nd-3rd century was found, as well as Roman coin pieces. Near the Laguna hotel were found many tombs, hence it is thought that on this location there was once a Roman necropolis.

The medieval town of Lapčan, or Labinac, which, under the name of Labineca, was mentioned by the Byzantine emperor Constantine VII Porphyrogenitus, mid-10th century, was situated on the territory of today's Gradac.

Under its present name, Gradac was mentioned for the first time in 1649. It was named after the stronghold that was situated on the elevation above the present-day church of St. Michael, and which was built probably during the Cretan War (1645–1669) as a defence against the Turks. According to the drawing made by the Venetian military engineer and cartographer Giuseppe Santini, representing the naval and continental battles between the Venetians and Ottomans at Gradac in the year 1666, the tower is shown in flames.

During World War II Gradac was part of the Independent State of Croatia. At the end of 1944, Yugoslav Partisans captured the friar Anselmo Kamber from the town.

They took him to Makarska, where they killed him on February 7, 1945. In 2008, his remains were found in a trench and he was buried in Makarska over 63 years after his death.

CULTURE:
The remnants of the old tower from the 16th century are still to be found in the abandoned hamlet of Čista above Gradac, the seat of the then Fragostin's district.

Surrounding it, there are still the remnants of rows of abandoned houses with typical architectonic features of tha region. One of the oldest existing edifices in the territory of Gradac is the chapel of St. Pasquale on the Mt. Plana, with a barrel shaped vault, and a saddle roof.

Next to the old parish church of St. Antonio there is a local cemetery and the new parish church of St. Michael built in 1852, precisely in the zone of Gradina, the ancient Roman locality. In the church, there are three marble altars with statues. The most interesting among them is the old wooden statue of St. Rocco. In the church there is also the old baptismal stone font, originating probably from the old church. Before war in the 1990s, Gradac had a memorial statute of an unknown soldier made by well-known Croatian sculptor Antun Augustinčić dedicated to killed partisans during Second World War. It was destroyed in an act of vandalism by one Croatian brigade at the beginning of the war. Gradac is very well known for it antifascist and partisan history, which is nowadays covered by revisionism and dеfamation.

Gradac has a memorial to citizens killed by the Yugoslav Partisans during World War II. 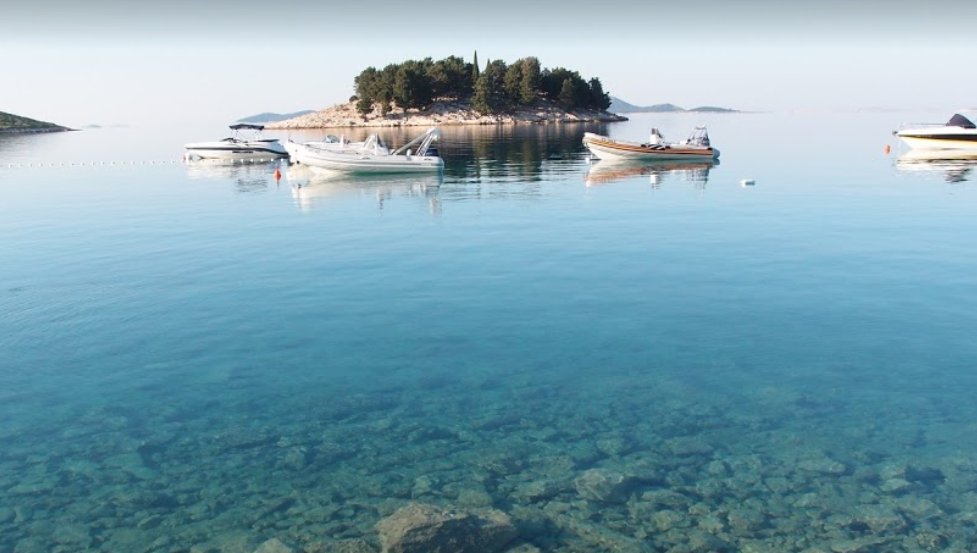