Murter is an island in the Croatian part of the Adriatic Sea. The town of Murter is located on the north-western part of the island. Other settlements on the island include the small town of Betina on the northwestern side and Jezera and Tisno on the southeastern coast. In the 2011 census, the total island population is about 5,138 inhabitants.

The island is in the northwest part of the Sibenik archipelago, separated from the mainland by a 20 m (66 ft) wide sea canal at Tisno which is spanned by a short draw-bridge. The island covers an area of about 18.7 km2 (7.2 sq mi),[1] and the highest point is the peak of Raduc at 125 metres (410 feet) above sea level.

The southwestern coastline is predominantly steep slopes divided by many sandy coves. The island has lots of rocky beaches, as well as several sandy ones.

HISTORY
The island has been populated for nearly two millennia. An Illyric-Roman settlement known as Colentum has been found near Betina. In 1293, documents show that Murter was called Villa Magna' meaning big village. During the 13th century there were two documented settlements on the island—Jezera and Veliko selo, Srimač (now Murter) -- and the island itself was mentioned in the year 1318 as Insula Mortari. Betina and Tisno were most likely built around the beginning of the 15th century, during the time of Ottoman attacks in the area. The population of the island increased as refugees fled from the Turks. 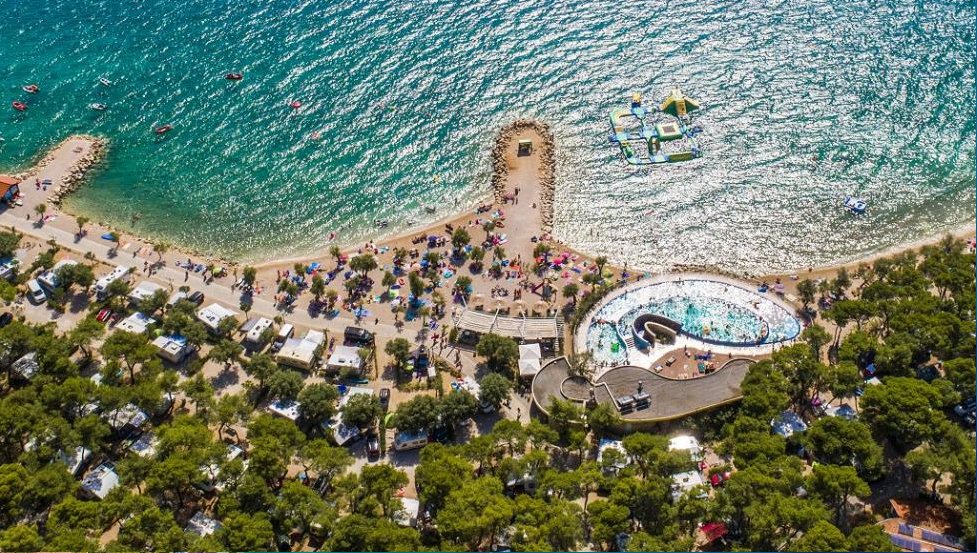