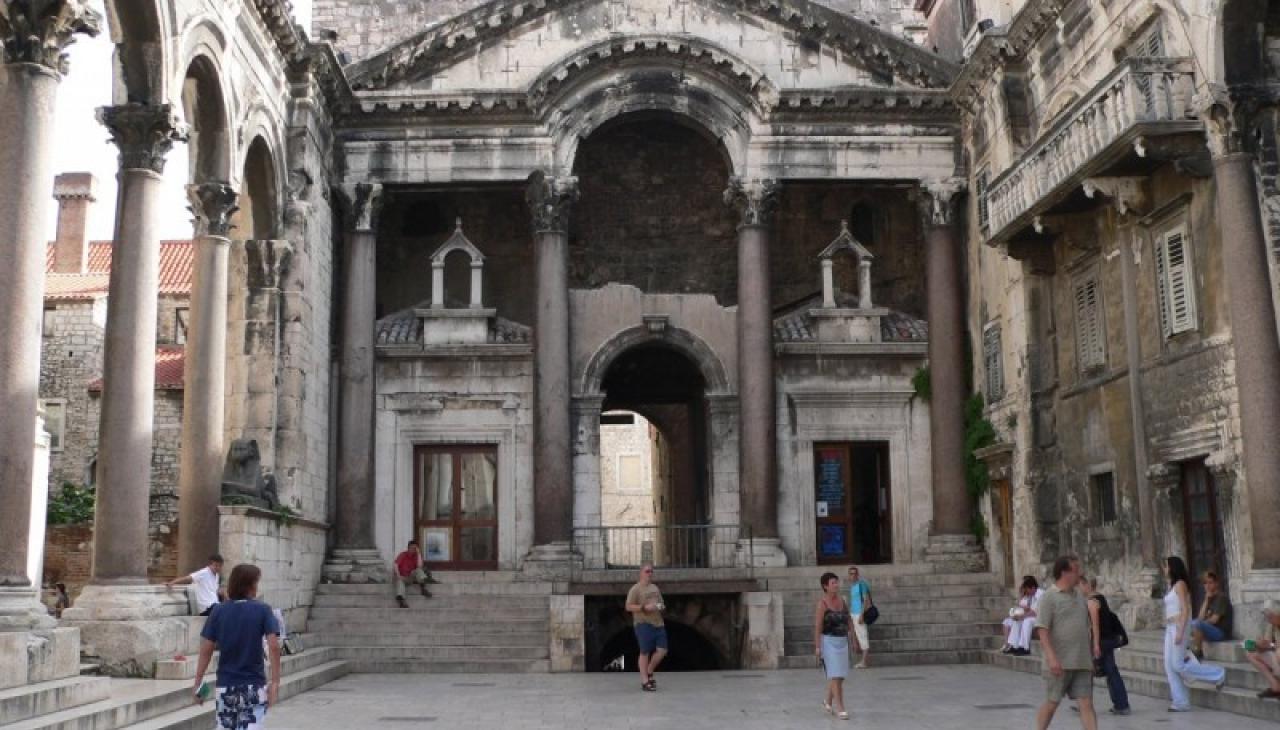 UNESCO World Heritage List includes as many as 18 Croatian properties, identified as phenomena of great importance to the common heritage of humanity. As many as 7 of them are historic-cultural and natural monuments, and 11 are intangible cultural values which include customs, rituals, festivals, artistic performances, and knowledge, skills and artistry connected with traditional crafts.

Croatia is listed at the top of the UNESCO World Heritage List so be sure not to miss some of these treasures while on your vacation in the Adriatic!

Diocletian's Palace and medieval Split – turned into a Christian cathedral, mausoleum of the Roman emperor Diocletian makes a harmonious unity with medieval buildings within the complex of this ancient summer palace. The Emperor’s Palace is one of the most significant works of late-ancient architecture, not just for the preservation of original parts and the whole, but also for a series of original architectural forms announcing the new early-Christian, Byzantine and early-medieval art. The cathedral was built in the Middle Ages by using materials from an ancient mausoleum. Roman churches from the 12th and 13th centuries, medieval forts and gothic, renaissance and baroque palaces are contained within the Roman walls, thus creating a harmonious whole.

The Cathedral of St James in Šibenik – built entirely from stone, with no mortar, Šibenik Cathedral is a great example of the 15th and 16th century architecture. Built over a period of 105 years today the Cathedral is considered a unique example of Renaissance architecture due to its decoration of 71 sculptured human faces situated on the exterior apse. Built between 1431 and 1535, St. Jacob’s Cathedral witnessed important exchanges in the area of monumental art between North Italy, Dalmatia and Tuscany in the 15th and 16th centuries. Three architects - Francesco di Giacomo, George of Dalmatia and Nicholas of Florence – developed a structure fully made of stone, by using a unique technique for the cathedral’s dome. The result is a harmonious stone whole, arrangement methods and absolute harmony within the cathedral.

Plitvice Lakes National Park with its 16 waterfalls, this most famous karst phenomenon in Croatia is considered to be one of the most beautiful natural monuments in all of Europe. The beauty of Plitvice and its unsurpassable attractiveness are a result of gypsum and gypsum-depositing plants. Creation of gypsum and rearrangement of the river bed created a string of 16 Plitvice Lakes representing a magnificent natural architectural phenomenon, surrounded by thick forests inhabited by bears, wolves and many other rare animal and plant species.

Historic City of Trogir - City of Trogir has preserved elements of its medieval fortified city structure known for its characteristic squares and street plan, sacral and profane buildings all of which ensured Trogir an entry on the UNESCO World Heritage List. Trogir is an excellent example of urban continuity. The orthogonal street plan of this island settlement originates from the Hellenic era – consecutive rulers continued to decorate it with exceptional public and residential buildings and forts. Its beautiful roman churches are supplemented with exceptional renaissance and baroque buildings. The most significant building is the Trogir Cathedral with its west portal, a masterpiece of Radovan and the most significant example of roman and gothic art in Croatia.

Episcopal Complex of the Euphrasian Basilica in the Historic Centre of Poreč – this early-Christian cathedral is one of the finest examples of early Byzantine art. Named after bishop Euphrasius the basilica is famous for its golden mosaics. The cathedral complex in Poreč was named Euphrasius Basilica after Bishop Euphrasius who thoroughly renovated the cathedral in mid-6th century and decorated it with famous mosaics. Before Euphrasius’ renovation, there were at least two phases of early-Christian buildings in the same place. In Poreč, Christianity was established as early as the 4th century – the basilica, the atrium, the baptistery and the Episcopal palace are remarkable examples of religious architecture, while the basilica itself combines elements of classicism and Byzantine Empire in an exceptional way. The apse is luxuriously decorated with figurative mosaics that are among the most significant examples of its kind in Europe.

Old City of Dubrovnik – The Pearl of the Adriatic became a major Mediterranean power after the 13th century. This late-medieval planned city in the south part of the east Adriatic Croatian coast with its historical core situated at the foot of Mount Srđ has preserved the character of a unique urban whole throughout the centuries, defined by the city walls. It has a significant place in the history of city planning. Although severely devastated by the 1667 earthquake, Dubrovnik has managed to preserve its gothic, renaissance and baroque churches, monasteries and fountains..

Stari Grad Plain – this largest fertile plain on all of Adriatic islands was divided into geometrical parcels of vineyards and olive orchards in 384 BC and remained practically intact to this day. In July of 2008, Starigrad Plain was added to the UNESCO World Heritage List. The explanation provided by the World Organization states that the vineyards and olive groves in the Plain have remained practically intact since it was first colonized by the ancient Greeks and that they are a unique example of the geometric land division used in the ancient times.

In the summer of 385 B.C., a group of around a hundred families was sent from the town of Paros on the island of the same name in the Aegean Sea toward the Ionian Bay, as the Greeks referred to the Adriatic Sea, to establish a colony there. Their destination was the island of Hvar, formerly named Fiteja, and they were led by Okist who was, among other things, in charge of proper land division to the settlers in the new settlements. Amidst the plain, in a place from where you can see almost the entire plain, is a marked starting point - omphalos. By using groma, a simple surveying instrument, the plain was surveyed and divided into parcels of 1 x 5 stadia, which is approximately 180 x 900 meters. They also carved boundary stones bearing the names of the parcel owners, but the island and coastal Illyrians did not like such division so they attacked the town in 384 B.C. However, the Greeks defeated the Illyrians, which enabled them to gain control of the entire Starigrad Plain, the largest fertile plain on the Adriatic islands. The settlers soon began to erect ancillary buildings and lodgings in the plain, on their own estates. The luxurious ones date back to the Roman era – so far, they have discovered remains of around sixty of them.